In August 2013, law enforcement and dog advocacy agents rescued 367 dogs in the second largest dog-fighting raid in U.S. history which spanned across Alabama, Mississippi, Georgia and Texas. Federal and local agents also seized firearms and drugs and $500,000 in cash from dogfighting gambling that took place over the course of a three-year investigation.

Heather Gutshall, co-founder of Handsome Dan’s Rescue deployed to the temporary shelter where many of the dogs rescued from the dog-fight bust were being held as evidence. The following is Heather’s first-hand account.

Sadly, on November 5, 2015, Tillie left us. With her perfectly-sweet, soft face resting in Heather’s hands, surrounded by the love of her family and her vet, Tillie left this world. She was tired, she told us it was time, and she left with the same peaceful dignity she brought to each heart she won as she fulfilled her mission on this earth. Run free, Tillie. ♥

It was my first day on my first deployment at the HSUS temporary facility housing the dogs from the #367 dogfighting case. I was nervous and excited and ready to get started. I was paired with a woman much older than myself and was quickly surprised by the speed and precision in which she cleaned our assigned kennels. She had a system and knew what she was doing. I had a lot to learn and had to make sure I would not slow her down.

There was a short time for me to stop and greet each dog while my partner scrubbed and hosed on her side. I would bend down and place the palm of my hand low and flat against the chain link. Some dogs were excited to see me, some were shut down, some just looked at me and lay their heads back down.

I had some time to make my way around the facility where I met many of the dogs.

I froze, dead in my tracks. She was lying on a raised bed. Her tan body old and tired and I could see golf ball sized tumors running the length of her mammary chain. She struggled to stand, and slowly walked toward me stopping at the gate to her kennel. Her front legs were bowed out; chain broke slowly over years under the weight of her heavy chain. Her face was wise and kind. She was quite, slow and searching for acceptance. I knelt down to her. I stroked her face and side through the chain link. I am not sure how long we stayed like that, in complete silence, holding soft eye contact.

I was startled back to the present moment when I heard my partner yell from the outside that she was ready for me to pull open the guillotine door that would let the dog into the outside portion of her run so that I could enter and clean the inside. I quickly wiped away my tears and stood up. But the time I had the guillotine door open, the dog was gone from my sight, on the outside of her run and it was time for me to close the door and start cleaning.

She was in the worst shape medically of any dog in the place. She was heartworm positive, riddled with tumors, chain broke legs, and extremely underweight.

Tillie is an unbreakable spirit. I decided then that I would request Tillie come to us at Handsome Dan’s Rescue once the dogs were released and were no longer being held as evidence.

I made the formal request to Daisy on my last day, with tears in my eyes. She too teared up and gave me a hug. I also requested that if Tillie’s medical condition worsened and they felt they needed to euthanize her, would they let me know and that I would like fly back down to be with her. They assured me they would. I decided not to tell Tillie good bye. I never went back in to her office that day. I simply left. I was in contact with Daisy over the coming weeks as we worked out the logistics for the rest of my team of volunteers.

Between Handsome Dan’s Rescue and Jasmine’s House we would be sending a combined total of 25 volunteers to the temporary shelter to work with the dogs. I would ask her about Tillie, she would tell me the little bit of information she could and I hoped for the best.

When I returned to the shelter the following month Tillie had gained weight and had clearly settled into the routine. She was wiggly and happy to see me, I am not sure if she remembered me, but I like to think she did. I worked that week, visited her in her office when I could and told her I loved her and that I would be bringing her home to my house as soon as she could leave. I told her that I would spoil her and love her for however long she had left. It would be a sort of hospice care, a compassion hold. And then again, I had to leave her at the end of my second deployment.

The day came when Tillie was admitted to the vet hospital. Her uterus was infected and needed to be removed along with the mammary tumors. I was a wreck but Daisy kept me informed long distance as best she could and I waited for news.

My phone rang and I could see it was Daisy calling. I answered, and all I heard was Daisy, crying. I felt a huge lump in my throat start to well. She screamed out that Tillie’s tumors were benign. Tillie did not have cancer! How could this be? We were all so sure it was cancer. Tillie was not going to need hospice care after all. She was only going to need foster care! So the months dragged on and I waited for the day Tillie would be released and she could come to my home… her home.

We would send her little care packages, one of our supporters sent her a new bed. I ordered an identification tag for her collar with the words, “Tillie #367 Survivor” Engraved on it with my phone number. I wear that tag on a chain around my neck until Tillie can wear it around hers.

I told Handsome Dan all about Tillie and how he was soon going to have a new foster sister. I tried not to imagine her life before her rescue. I tried to focus on where she is now, getting daily love and care. But there were times when I would think of our precious Tillie on the end of that heavy mental chain outside, cold and hungry. Or I would think about the multiple times she had been bred. Sweet Tillie, they had no idea who you were. They missed out on really knowing you.

Fast forward to January 13, 2014 at 10:2AM. My phone rang. It was Daisy but that was not unusual as we had been in close contact regarding the other four dogs that would also be coming to HDR upon their release. My daughter Josephine was singing and my house was busy as usual so I decided to take her call in my backyard where it was quiet. I walked out the back door and answered the phone. Again, I heard Daisy crying, but this time was not like the last. I was able to make out that she needed to talk to me about Tillie. I sat down on the cold ground and started to cry. All I could say was NO! I was expecting the worst.

The next thing I heard was one of the sweetest things I will ever hear. Daisy said, “Heather, Tillie is yours. She has been released. You can come take her home.”

I sat for a little while, sobbing into the phone, and Daisy just let me sob. I finally collected myself and she gave me some detail and information but the bottom line was that we would be able to bring Tillie and the others here to Rhode Island at the end of the month. I hung up the phone and ran in the house and told my family. We were all hugging and smiling.

I told the HDR volunteers who were equally as excited. We were able to raise the funds for the transport costs to bring a total of seven of the #367 dog to their foster homes with Handsome Dan’s Rescue or Jasmine’s House.

Tillie underwent heartworm treatment and inspired everyone who meet her. She was an amazing spirit, and loved to cuddle up next to everyone who came to visit her.

Tillie wore a pink collar and a necklace of big white faux pearls. Her legs were bowed and she had trouble walking because her legs broke under the weight of a heavy collar and chain that yoked her for years to the buried car axle. She had a broken sternum, a broken tail, and is battled heartworms. But her spirit could not be broken.

With sincere thanks to: HSUS, The ASPCA, The FBI and local law enforcement for bringing this group of victims to safety. Daisy Balawejder, Chris Schindler and the rest of the HSUS Dogfighting Rescue Coalition for the amazing care and love shown to these and all dogs in their care. The HSUS Dogfighting Rescue Coalition Partner Rescues who will be taking these dogs into their programs and will eventually help them find their happy endings.

And to the many, many HSUS Animal Rescue Volunteers who deploy time and again to provide care for these dogs. And finally big props to the Handsome Dan’s Rescue family.

Handsome Dan's Rescue is a 501(c)(3) non-profit, volunteer operated organization. Your donations big or small, will make a difference in the lives of dogs in our care.

Send gifts to the dogs!

To assist with the placement, care, shelter, training, and overall well being of canines in local shelters and other facilities throughout the state of Rhode Island. To raise funds to assist with veterinary care and spay/neuter assistance for canines who may not otherwise obtain such treatment. To raise awareness on the equal treatment of all canines, regardless of breed.

From time to time our website has problems displaying our animals available for adoption at Petfinder. If there are no animals displaying on this page, please visit Handsome Dan's Rescue for Pitbull Type Dogs at Petfinder directly to see Available Animals. Thank you! 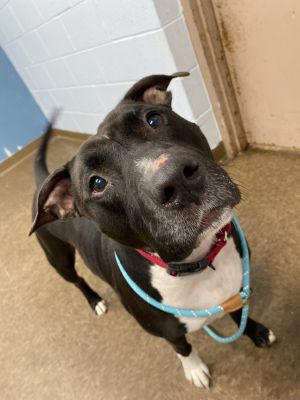